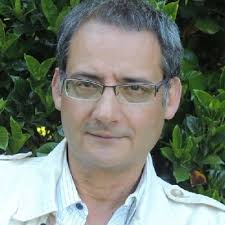 Felipe Criado-Boado is Research Professor at the Spanish CSIC since 2001. He is director of Incipit (CSIC Institute of Heritage Sciences, based on Santiago de Compostela, Spain). Formerly he was lecturer at the University of Santiago de Compostela and has taught in several universities in different countries. He was Director of Humanities and Social Sciences of CSIC. Since September 2015 he is president of the European Association of Archaeologists. Author of twelve scientific books and monographies, around 120 research articles in international and Spanish journals, 80 papers presented at national and international congresses, and about 50 dissemination and educational papers. He has supervised 18 Ph.D. His major Areas of Expertise are Landscape Archaeology (mostly dealing with Megalithism and origins of monumental architecture, Rock art and formation of peasant landscapes), and Archaeological theory (with special interest on interpretive theory, critical heritage studies and public science). He is interested on pointing out the conditions of possibilities of archaeological knowledge and defining a stable methodical framework on which to base archaeological interpretation, so much as concerned about Applied Archaeology which focuses on the development of archaeological knowledge for the production and social use of cultural values.